"I realise that some of my criticisms may be mistaken; but to refuse to criticize judgements for fear of being mistaken is to abandon criticism altogether... If any of my criticisms are found to be correct, the cause is served; and if any are found to be incorrect the very process of finding out my mistakes must lead to the discovery of the right reasons, or better reasons than I have been able to give, and the cause is served just as well."

Time as Essence in Construction Contracts: Need for a Comprehensive Relook

The issue of time as essence in construction contracts is controversial and is frequently litigated. The law on the subject is largely unsatisfactory. In a paper titled "The Law on Time as Essence in Construction Contracts: A Critique" published in Volume 8 Issue 1 of the RGNUL Financial and mercantile Law Review (here), the law on the subject is critically evaluated. The paper argues that the precedent on the issue, Hind Construction Contractors v. State of Maharashtra, AIR 1979 SC 720 ("Hind Construction"), was wrongly decided and requires reconsideration. It also argues that: 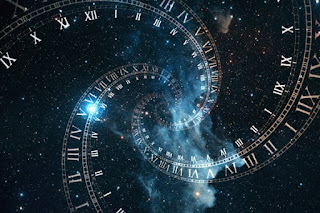 The paper concludes by arguing that concludes by highlighting possible contractual clauses and contract management strategies that could further party intent that time is of the essence in construction contracts notwithstanding Hind Construction and later decisions following it.

Abstract of the Paper is provided below:

"The concept of time as essence in construction contracts is a controversial topic. Even though parties routinely provide in their agreements that time is of the essence, these clauses inevitably figure in construction disputes. Arbitral tribunals and courts have mostly decided such disputes holding those clauses to be of no legal effect, mainly by relying on the decision of a three-judge bench of the Hon’ble Supreme Court in Hind Construction Contractors v. State of Maharashtra. This paper argues that Hind Construction was wrongly decided, that it is not good law and that it requires reconsideration given the changing times. The paper further notes that parties do not appear to have circumvented the adverse effect of Hind Construction. Usually, in such situations, there is a change in contracting behaviour by the use of appropriate contracting language. Perhaps, this is due to the lack of direction by courts as to what appropriate language could be used in contracts to make time as the essence of the contract. This paper concludes by suggesting possible methods by which courts and arbitral tribunals could validly enforce time-as-essence clauses."

Critique of the paper is welcome as comments to this post. Readers can also write to lawbadri@gmail.com

Posted by Badrinath Srinivasan at 6:13 PM

Jasmine writes about issues pertaining to public law . She teaches law at TNNLU, Trichy and some of her areas of interest are interpretation of statutes, constitutional law, and election laws.

Badri writes about arbitration, contract law and other private law aspects. He works in a corporation. He is a Member, Chartered Institute of Arbitrators and a Fellow, Insurance Institute of India. He can be contacted at lawbadri@gmail.com